The New York Stock Exchange has filed an application with the US Securities and Exchange Commission that companies that go public can raise capital through a direct listing instead of an IPO.

This step follows the criticism of risk capital investors of traditional IPOs.

There is general agreement that this new approach does not replace the traditional IPO. However, it is a new way to enter the public market, involve investors and open up growth opportunities.

A direct listing has so far differed from an IPO in the sense that no new funds were raised. Rather, it is an opportunity for existing investors to monetize their shares.

In 2018, the music streaming company Spotify was the pioneer in direct listing, followed by the communication platform Slack in 2019.

Venture capital investors rely on direct quotations to better value new public shares. Direct listing also avoids restrictions on the sale of shares by insiders, who often include venture capitalists. These are more cost-effective than an IPO, where companies pay banks to subscribe to a share offering and stabilise their share price when needed.

Under this new direct model, all shares offered by a company – so-called primary shares – are to be sold to a large number of buyers in the first trade. Shares held by existing investors are called secondary shares and can be sold on the first trade.

The new model will make direct listing more attractive for companies, but it will not displace IPO as the most popular route to the public market overnight. 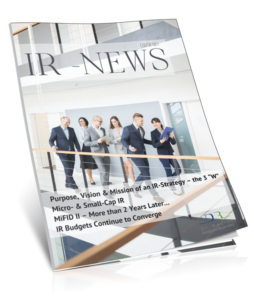