According to a study by Citigate Dewe Rogerson, the introduction of Mifid II meant that British companies were more likely to lose analyst coverage compared to their European counterparts.

In addition, Citigate Dewe Rogerson, according to statements by approximately 52% of British companies, reports that the number of sell-side analysts fell last year. In contrast to the British companies, however, the European companies report a decrease in coverage of only 39%.

British issuers recorded a significantly stronger decline in research notes. In addition, 38% of British companies report a decline in analyst quality. Such a decline in quality was observed in continental Europe at only 20%.

It is interesting to note that, according to this study, coverage of larger companies in particular has declined. Previously, it was assumed that smaller companies would be the most affected. Overall, 75% of UK LargeCap companies report a decline in coverage last year. This was only 44% for mid-cap companies and 57% for small-cap companies.

Nevertheless, Citigate sees a greater risk of suffering from the consequences of MiFid II, especially among small-cap companies, as they are already fighting for the attention of investors.

However, advantages are seen for companies where IR professionals recognize this risk at an early stage and take proactive steps. Such measures can include aspects such as organizing more roadshows or communicating the investment case. 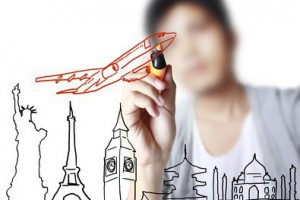 Do you need support to organise a European Roadshow? Contact us!